A Scheduled Ancient Monument, perhaps dating from the 12th century, Frith Hall is first documented in 1545 as a grange to the Priory at Cartmel. In 2011, JCA was appointed by the Holker Estates Company Ltd to carry out a detailed recording and condition survey of the ruin that would ultimately form the basis for an application for grant funding from Natural England under a Higher Level Stewardship scheme. JCA worked extremely closely with the project archaeologist (Greenlane Archaeology) and structural engineer (RG Parkins and Partners Ltd) to identify a consolidation strategy that would involve minimal intervention and maximum reversibility.

The ruined masonry was in very poor condition and was likely to have been close to complete collapse within a few years as the exposed coastal site and harsh Cumbrian climate was causing erosion at an ever accelerating rate. The strategy was to introduce propping and shoring using new, regularly coursed slate stone to contrast with the random limestone construction of the standing remains. The specific intention was not to confuse the history of the ruin by repairs using new limestone that would detract from the exceptional significance of the heritage asset. 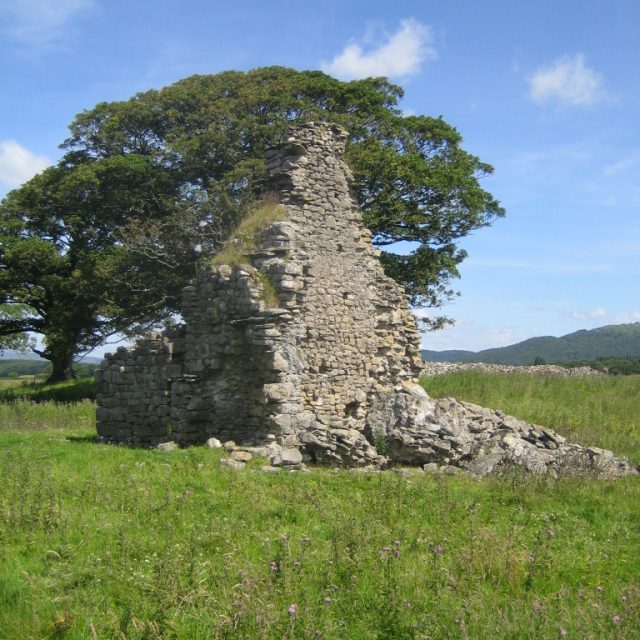 The ruin is set in what is now agricultural grazing land and some distance from any public road making access for repair work a considerable challenge. 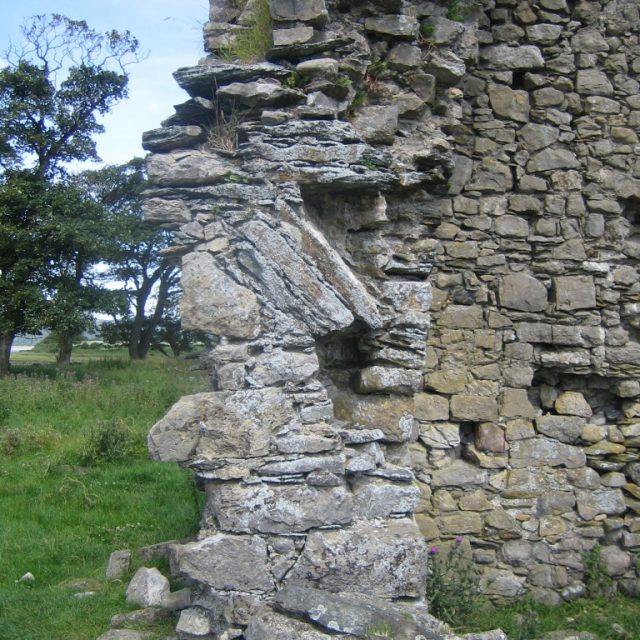 Significant historical features were in danger of being lost. Here the springing stones of a wide inglenook fire opening. 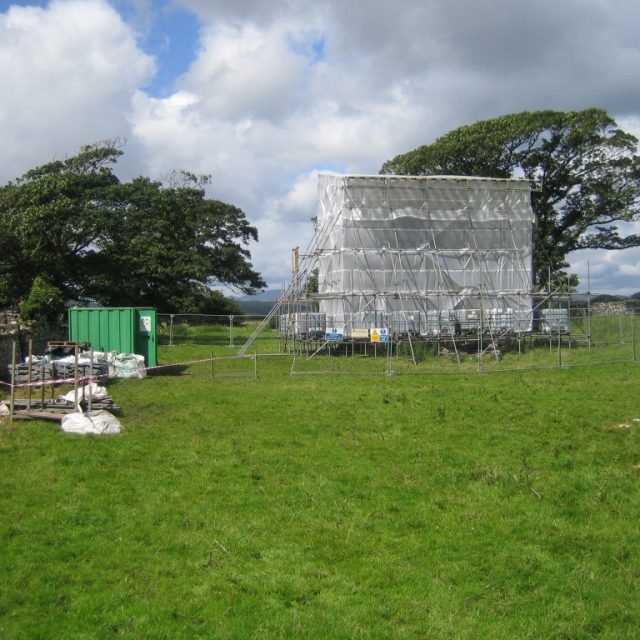 Consolidation works required a fully sheeted and independently supported scaffold to protect from the harsh Cumbrian climate on the exposed coastal site. 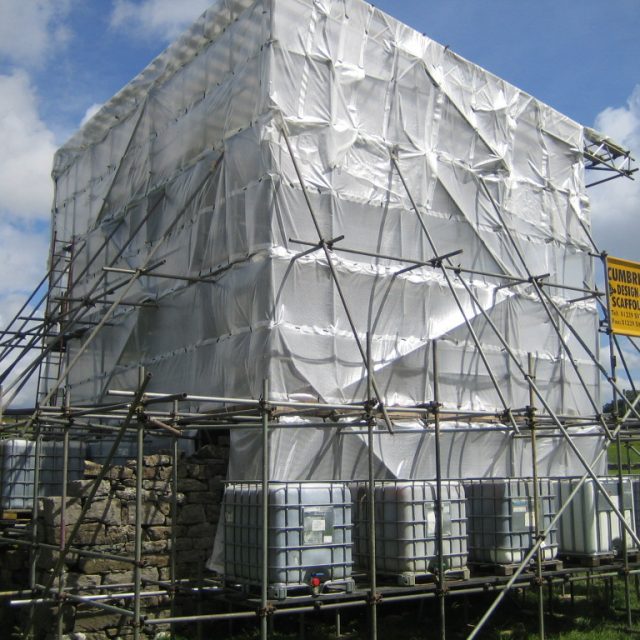 The sheeted scaffold structure was weighed down with water tanks. 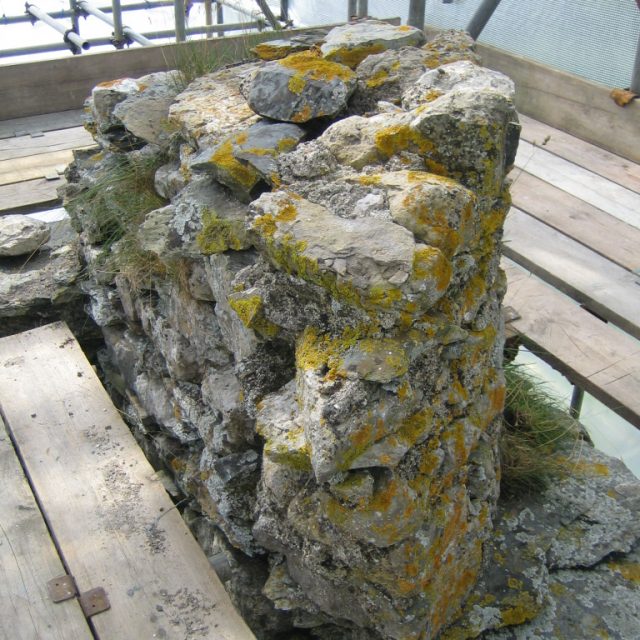 The access scaffold allowed for very close inspections of the high level masonry. The repair strategy could then be adapted accordingly if necessary. 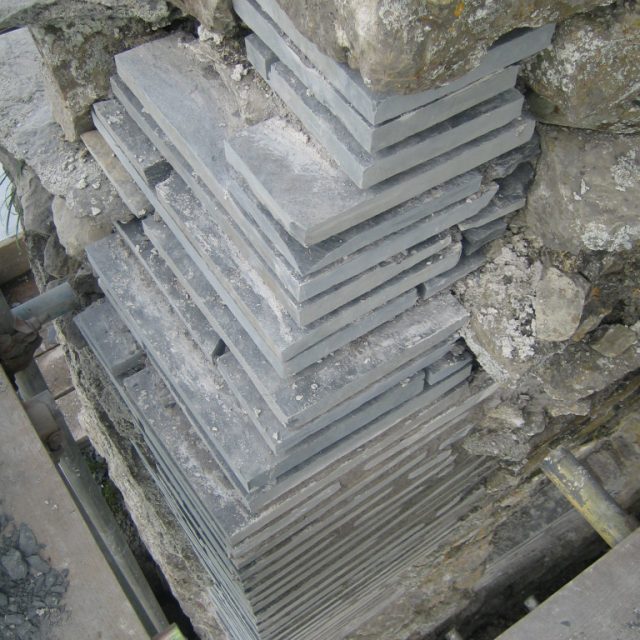 Slate stone was used for the interventions to introduce new support to fragile masonry. It was suitably dissimilar in appearance to the historic limestone masonry so that the original features would not be confused or diluted. 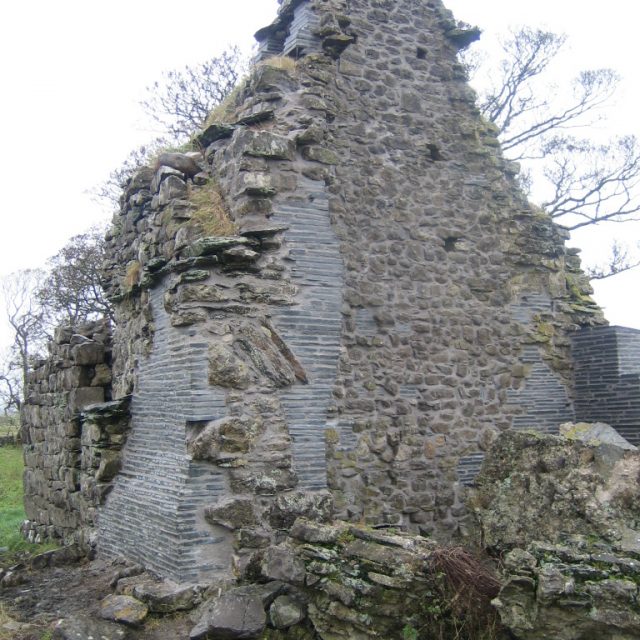 The consolidation was a success and has provided the ruin with a long future.

The historical sensitive and physically fragile structure meant that a great deal of thought and careful specification had to go into the repair strategy that would see the standing remains (and fallen stones) conserved with absolute minimal impact on the historic narrative of the important site. 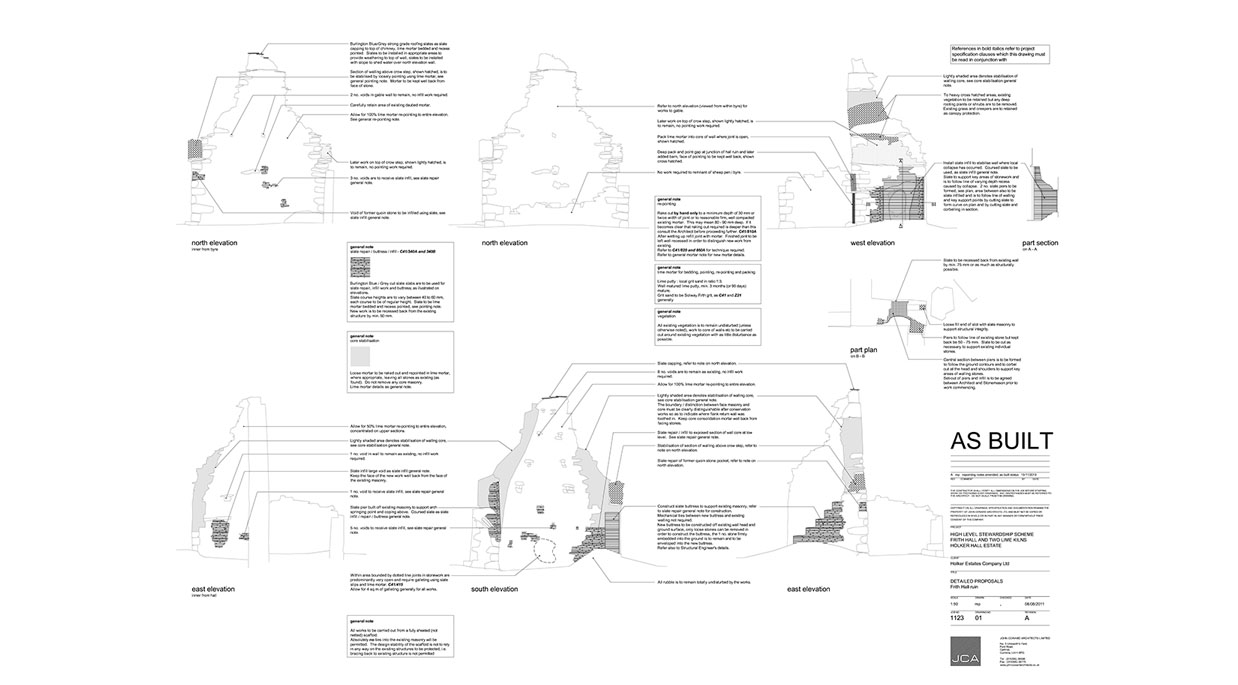 Comprehensive repair scheduling and specification were required to obtain approval from Historic England and Natural England. 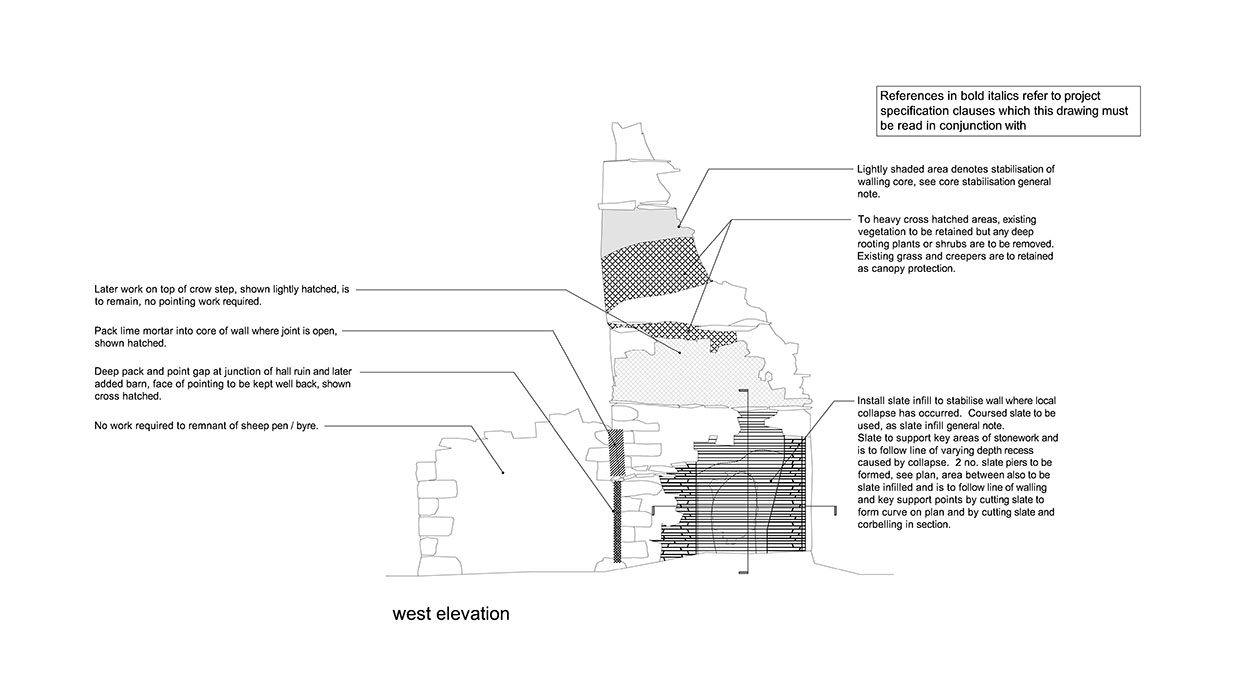 Following extensive survey work in the field, the detailed schedule of repairs produced by JCA enabled accurate pricing of the works, bringing the grant funded project in on budget.