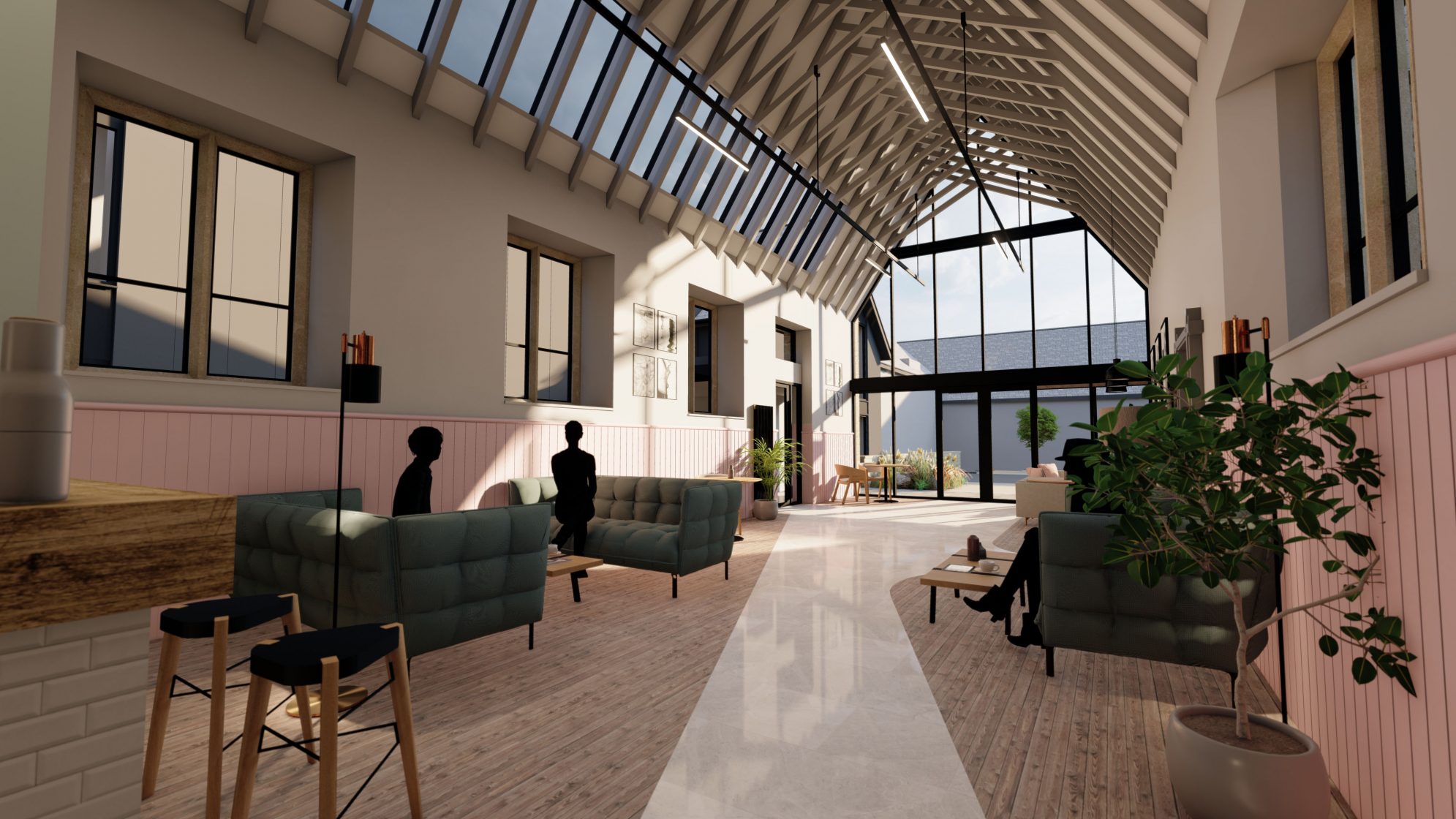 John Coward Architects have worked closely with their client, the Calico Group, to help develop a project that will see an important heritage asset in Burnley saved from close to total loss and repurposed as a community hub at the centre of an exciting new social housing development.

Located just west of Burnley town centre on Accrington Road, Woodtop School is a grade 2 listed building in desperate need of urgent repair.  The building was designed by local Burnley architect William Waddington as a new infant school to house 200 children in two school rooms with cloakrooms, lavatories, and a playground to the rear.  The school was opened in 1867 and was actively used and was extended in 1873 with the addition of a new wing on the west side of the original part that contained a boys and girls mixed junior school.  Records show that in 1893 there were a total of 515 children attending the school across the infants and junior departments.

The school remained a key part of the ‘Wood Top’ community moving from its original church control to State control in 1945.  Further reorganisation followed and 1963 the school became a full-time infant’s school.  The school eventually closed in 2000 and the building has slowly fallen into disrepair, but plans are now actively moving forward to repurpose the building and its grounds to an exciting new use as a community hub, surrounded by contemporary wings of social housing that respect the simple but bold detailing of the heritage asset.

John Coward Architects and the design team of Stephen Levrant Heritage Architecture, PWA Planning, Renaissance Structural Engineers and Walmsley Associates (M&E) have developed the designs to RIBA stage 3 and a planning application and listed building consent application have now been submitted to Burnley Town Council.  The design has been the result of extremely close collaboration across the design team, the client organisation and importantly the local community who, through events organised by Calico, have been engaged during all the early design stages.

The design approach has been to conserve as much as possible of what remains of the original building and where fabric is beyond practical repair, due both to its condition and the safety risks of access in the collapsing building, to borrow from the original detailing.  The aim is to salvage the primary roof timbers and remove them from the building so they can be repaired prior to reassembling below a new secondary structure supporting a new slate roof.  Walls will be re-plastered in insulating lime plaster and secondary glazing fitted to the repaired original stone framed windows.  The original timber floor structure is completely lost and will be replaced with a new structure incorporating underfloor heating powered by air-source heat pumps.

The new build element has been detailed to compliment the form of the original building with a stepping in and out along the elevations to break up the massing.  A modern palette of materials will be used to avoid an historic pastiche.  The old is set against a backdrop of new and both elements work to complement each other.

If planning approval and listed building consent is obtained, it is hoped that the technical design stages can commence later in 2020 with the project commencing on site in early 2021.