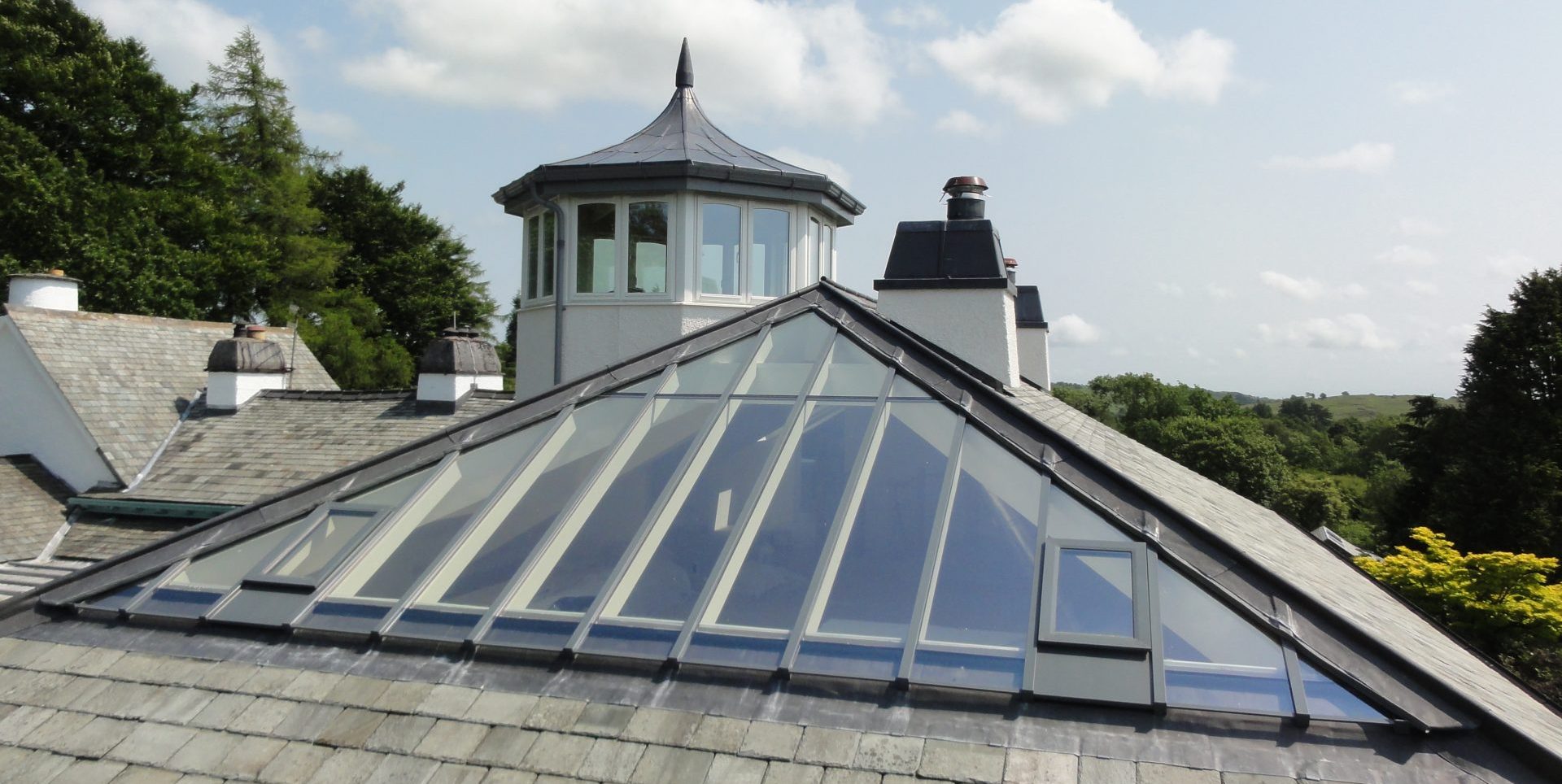 A large early 20th century villa house on a superbly elevated site overlooking the northern end of Lake Windermere and the fells beyond. Our client’s desire was to convert the extensive attic rooms to create a large living space that maximised the panoramic views. The design solution involved entirely glazing the hipped end of the roof that created a window on the spectacular views to the north. But the brief demanded more, so a high level lantern was added to the concealed roof slopes that provided a 360 degree view of the surrounding countryside. 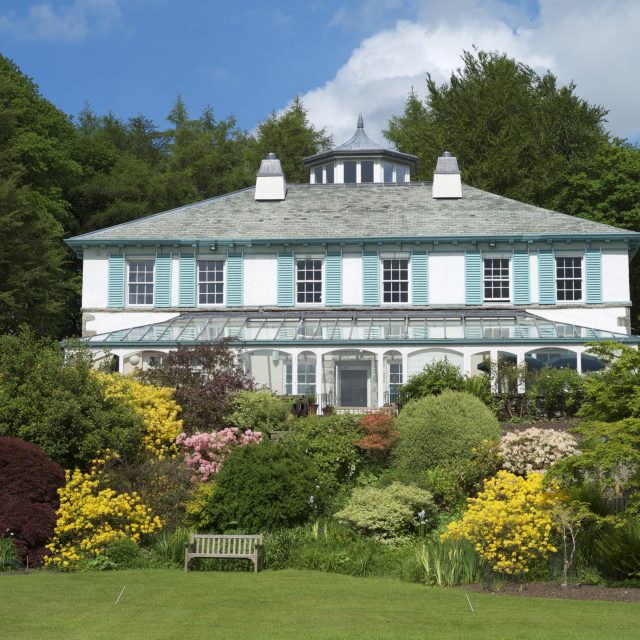 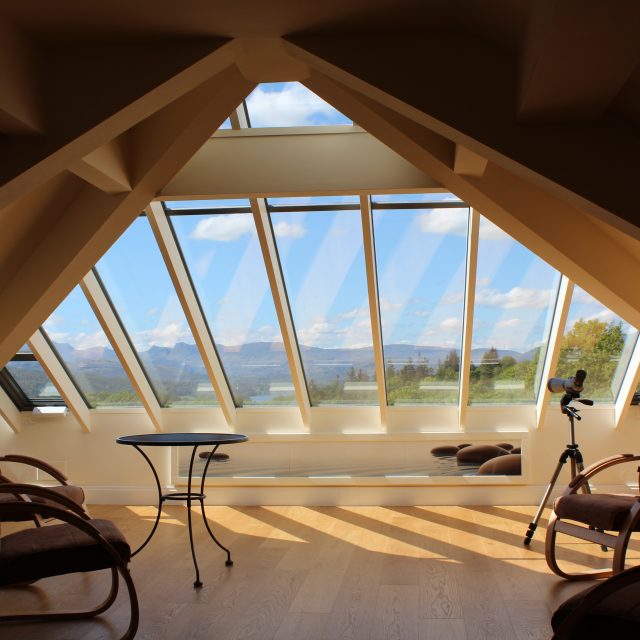 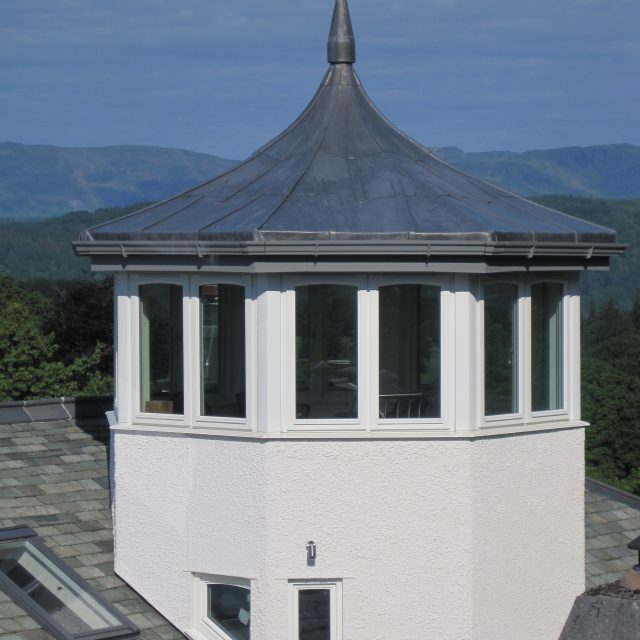 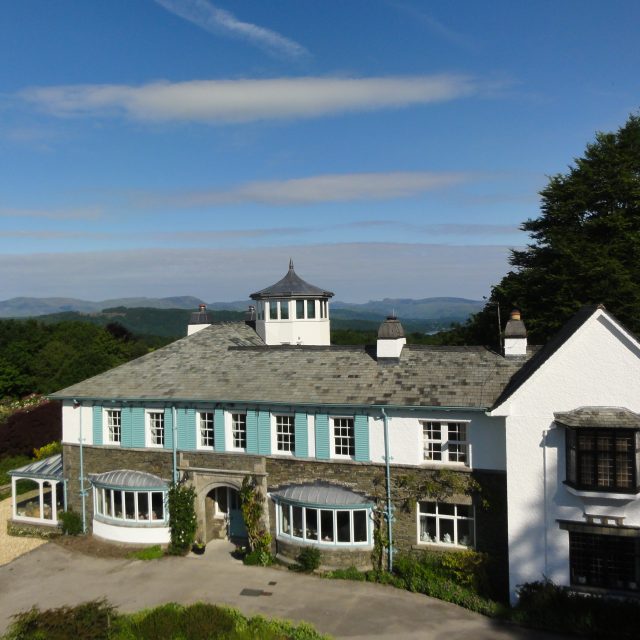 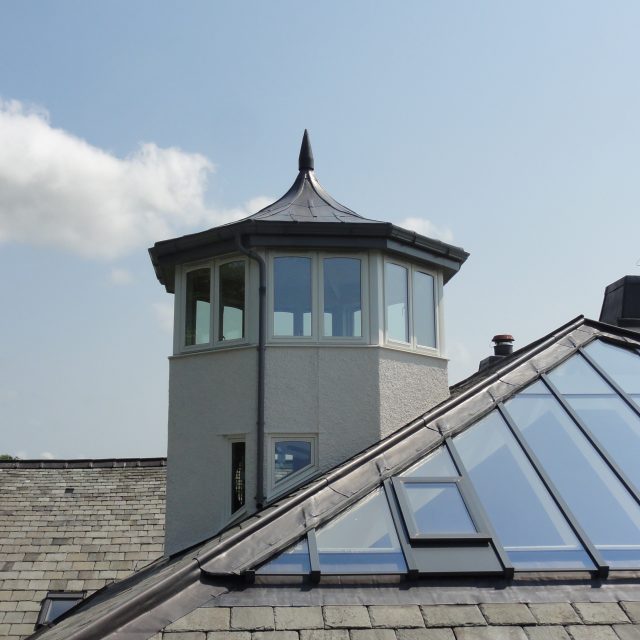 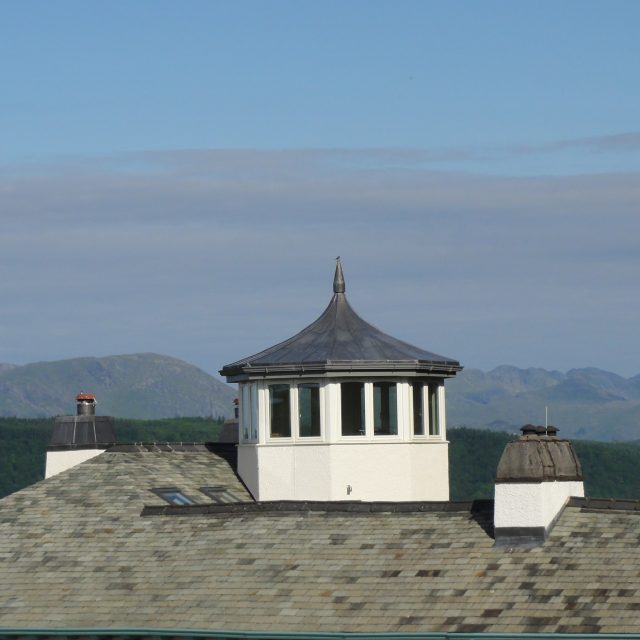