This property in the central Lake District was in need of renovation and updating. Inside the 17th century former farmhouse it was cold and draughty with dated interior décor and small, cramped rooms. The outside spaces were underused despite having fantastic views across the central fells of Cumbria. The client’s brief was for the detached garage and upper patio to be completely reimagined to create an outside living space – a garden pavilion. The change in level across the garden, from the house at the lower part up to the garage at the top, was exploited in order to create a series of terraces that would allow the built forms to step up across the site. These stepped level changes would maximise the spectacular views and create useable spaces for entertaining, relaxation and contemplation. The garden pavilion itself has an entirely glazed front elevation with no vertical structural elements to break up the view. The frameless glazing is exquisitely detailed to create a minimalist feel and frame the landscape.

The farmhouse had a comprehensive make over. It was entirely re-roofed, its interior walls were re-covered with insulating plaster, the ground floor was replaced entirely so as to incorporate underfloor heating and insulation. A contemporary kitchen was installed and a new utility room added in a new rear extension. The first floor was entirely reconfigured to rationalise the arrangement of rooms and increase storage. Despite all of the changes, the original character of the property has been retained in what is now a light, warm and functional place to live. 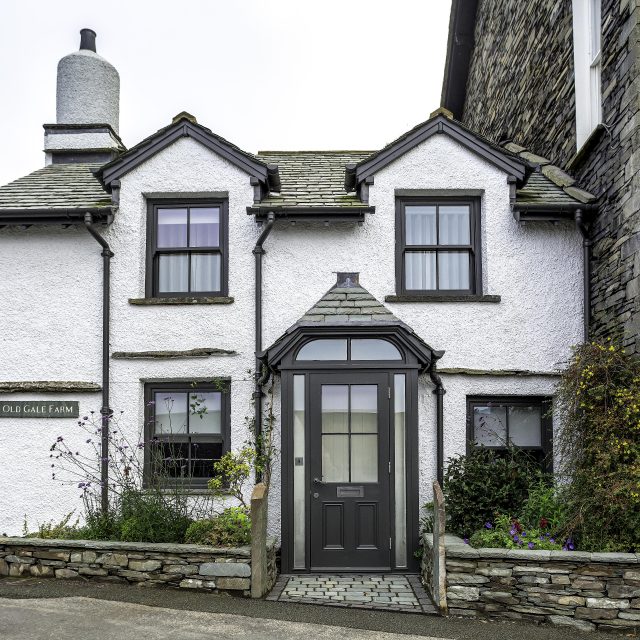 The farmhouse is a small building on a modest scale but with a great deal of character and charm. 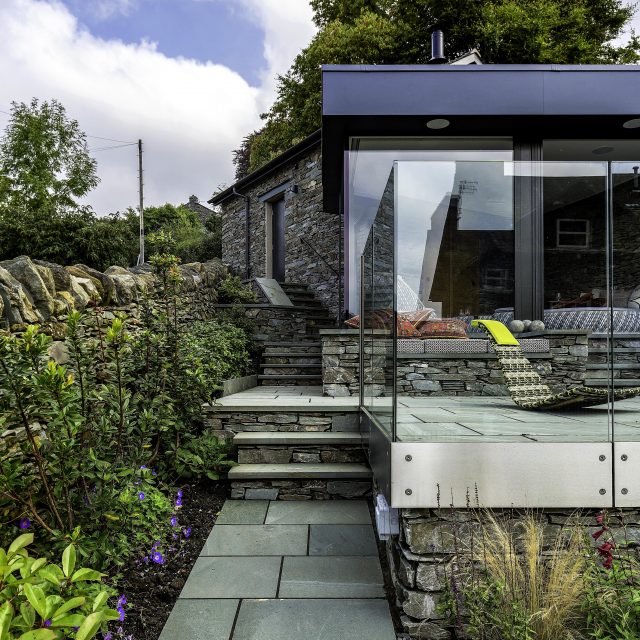 The new garden pavilion and stepped terraces, constructed of traditional materials but with a contemporary design. 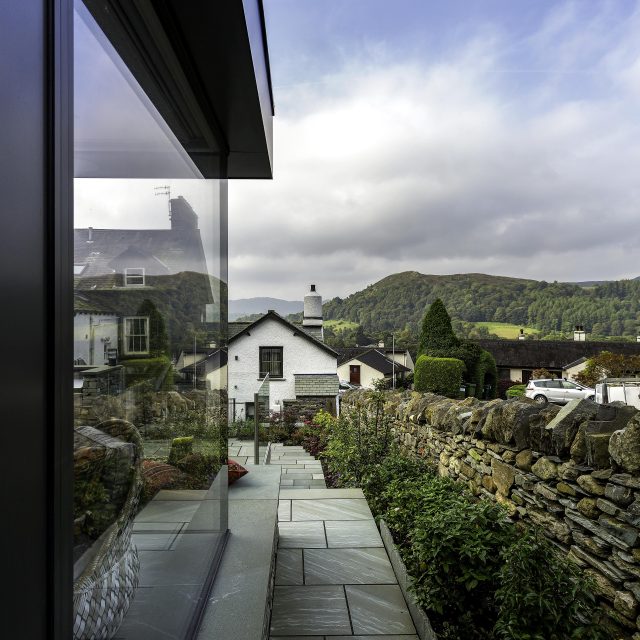 The garden pavilion and the upper garden terraces have magnificent views towards the Cumbrian fells. 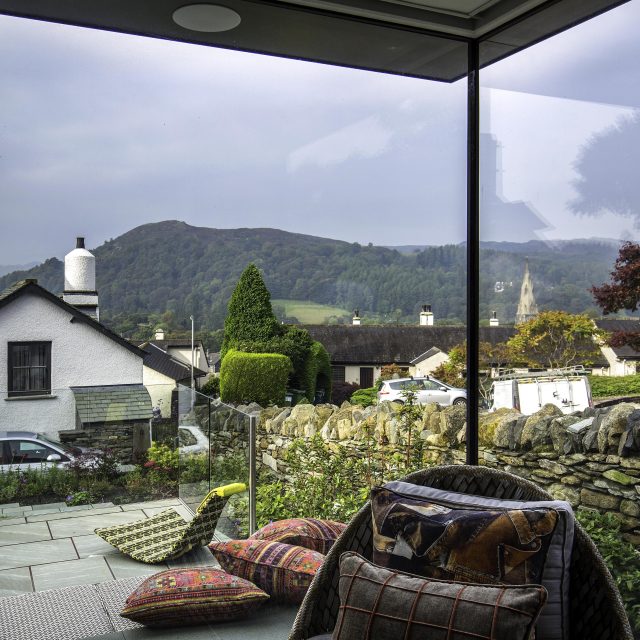 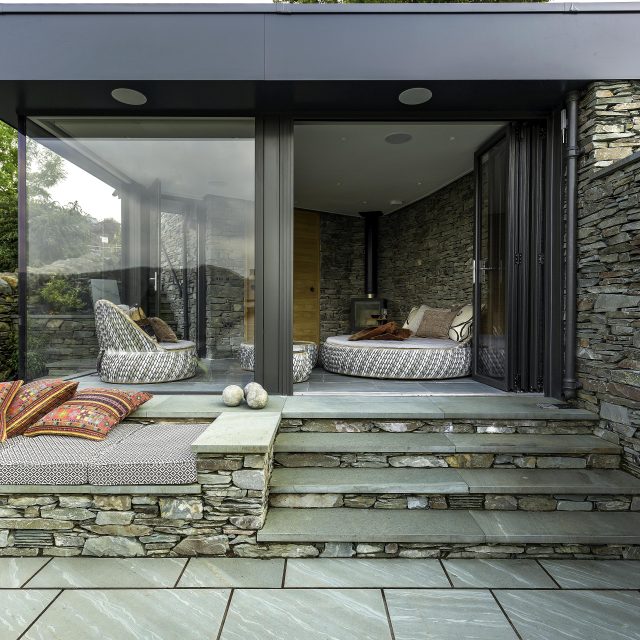 Materials and form carefully designed to balance the architecture. 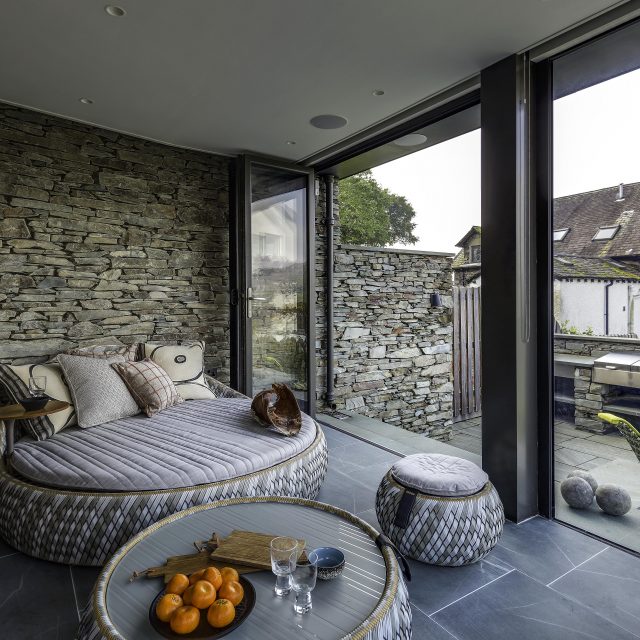 The pavilion room is designed to be an 'inside-outside' space. 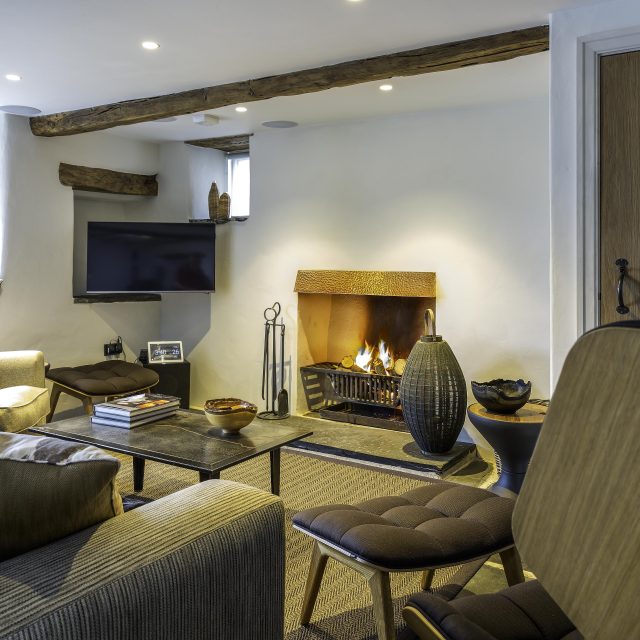 The farmhouse retains its character and charm but with modern functionality. 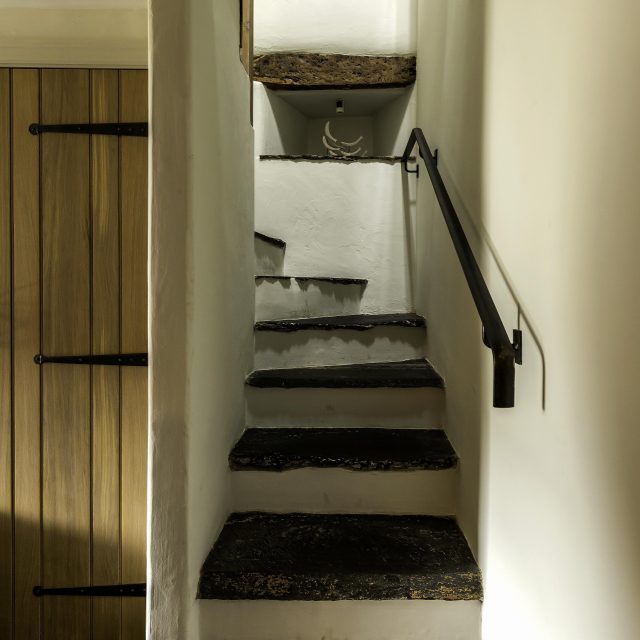 The original staircase was disassembled and partly rebuilt to incorporate storage below it. 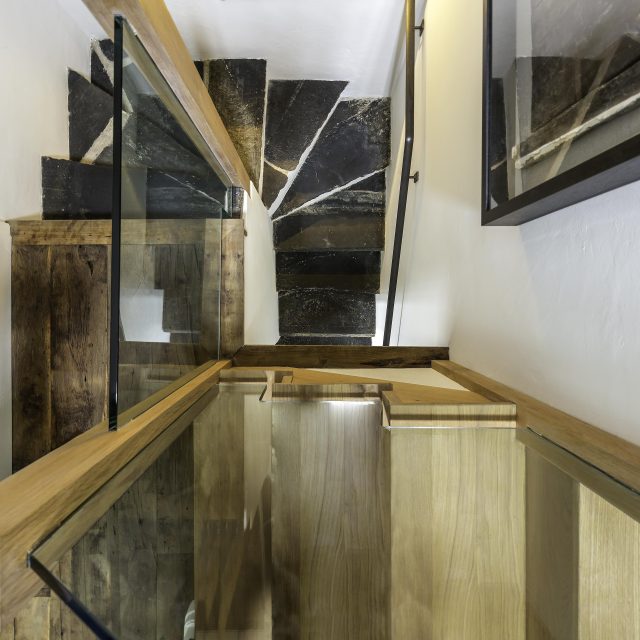 The upper part of the staircase was replaced with a new timber element incorporating frameless glass and white oak. 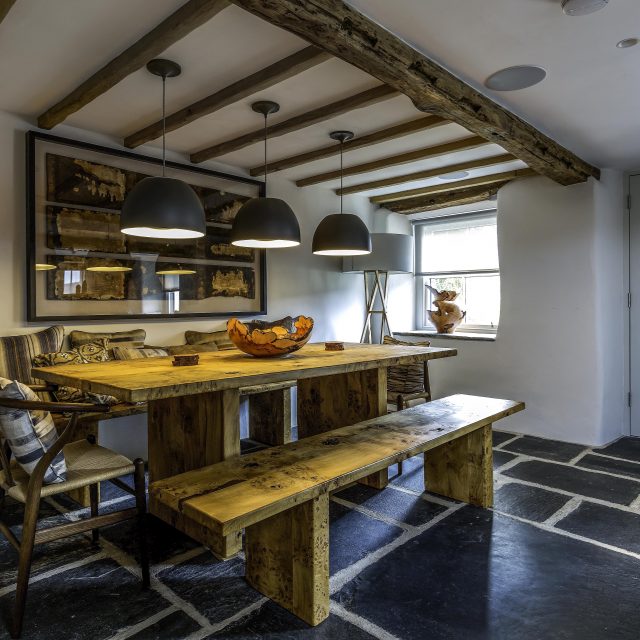 A dining space was created in the main ground floor room. The existing slate flags were salvaged and re-laid on a new floor structure incorporating underfloor heating pipes. 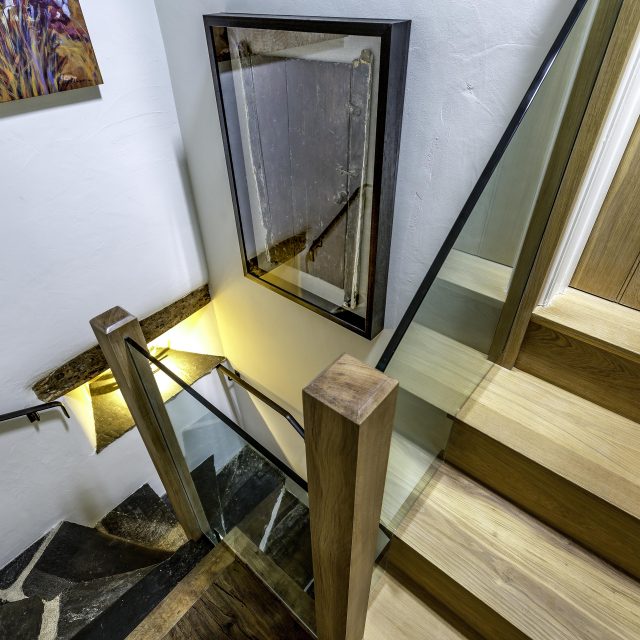 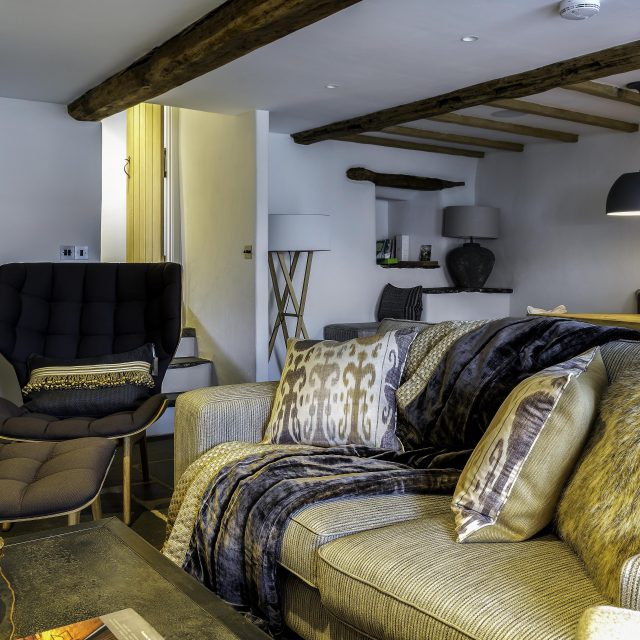 A cosy place to relax. 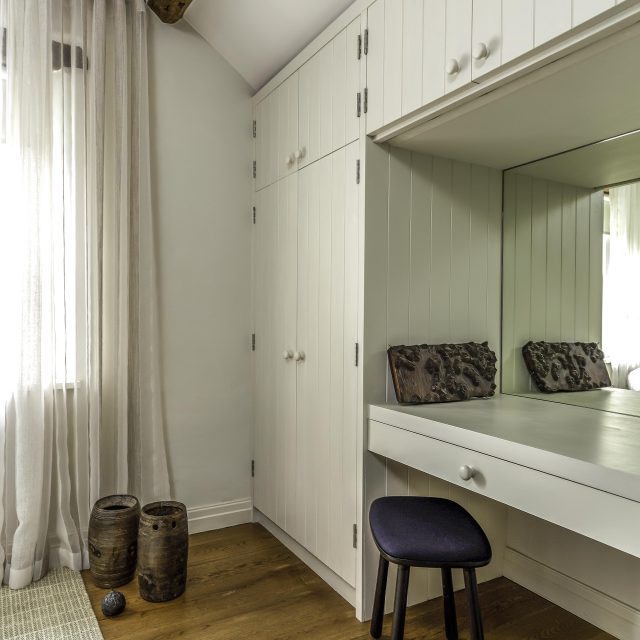 All fitted furniture was detailed by JCA. 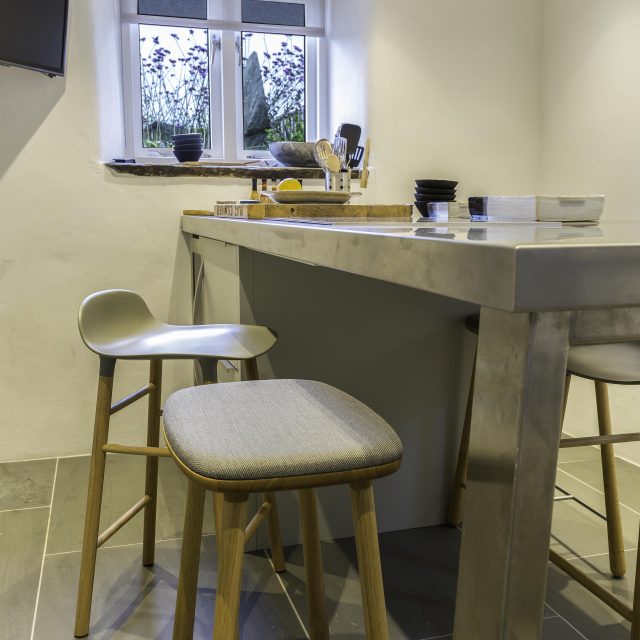 The new kitchen is modern and functional. 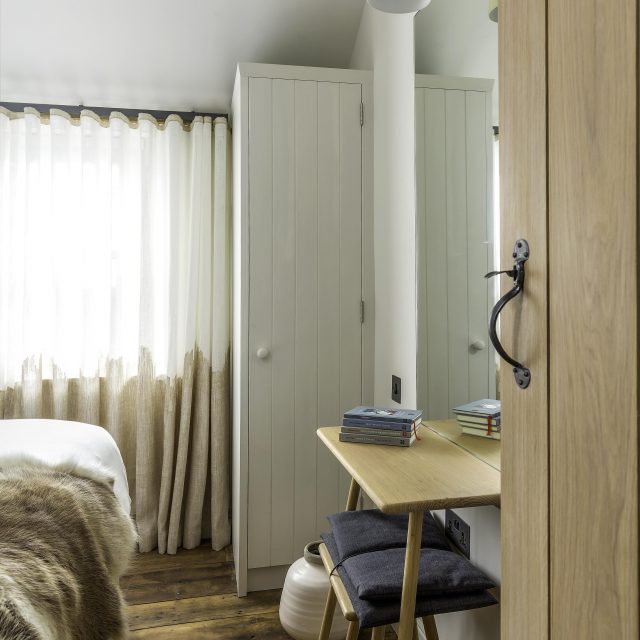 The rooms retain their character yet are full of light. 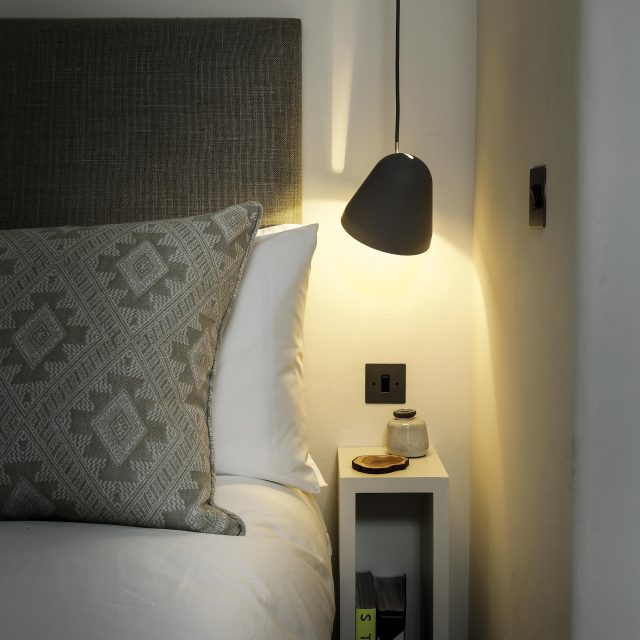 The interior finishes were a close collaboration between architect, client and interior designer.

Local materials are used throughout to create a harmonious, functional design. The garden pavilion is sited at the top of the sloping garden site and a series of terraces has been introduced to maximise the useable space. The patio area in front of the pavilion includes an outside cooking space incorporating a permanent grille as well a sink and storage space. 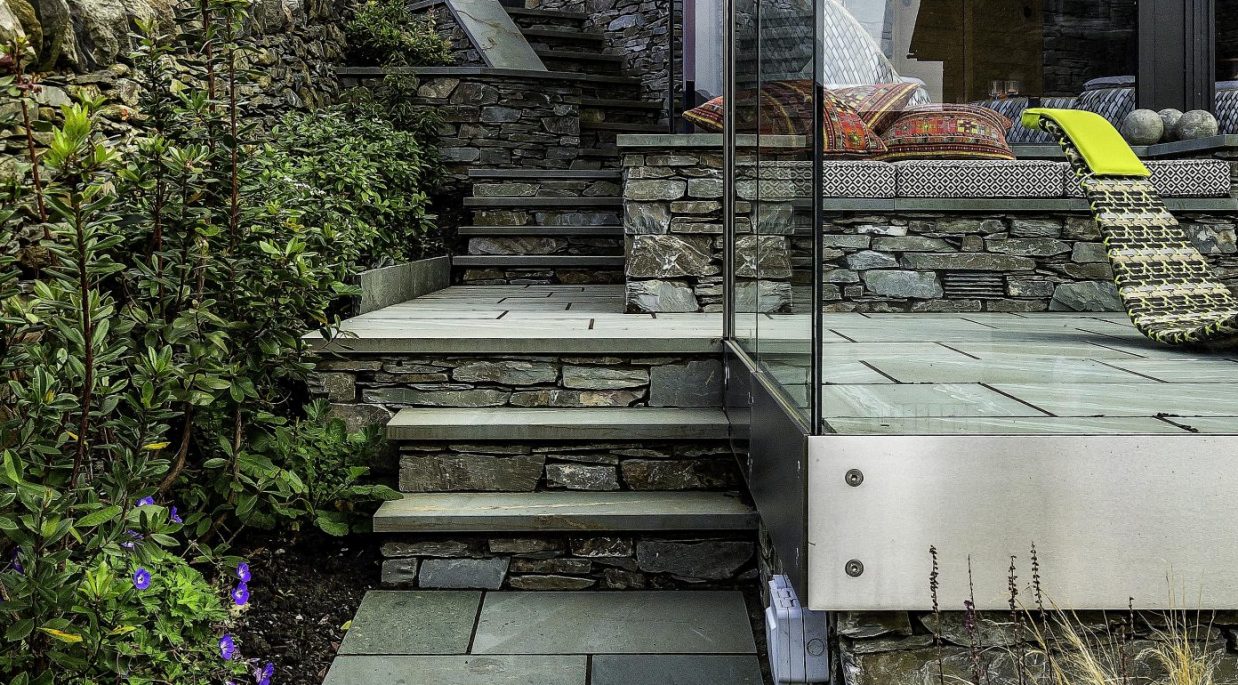 Local materials are used throughout the design 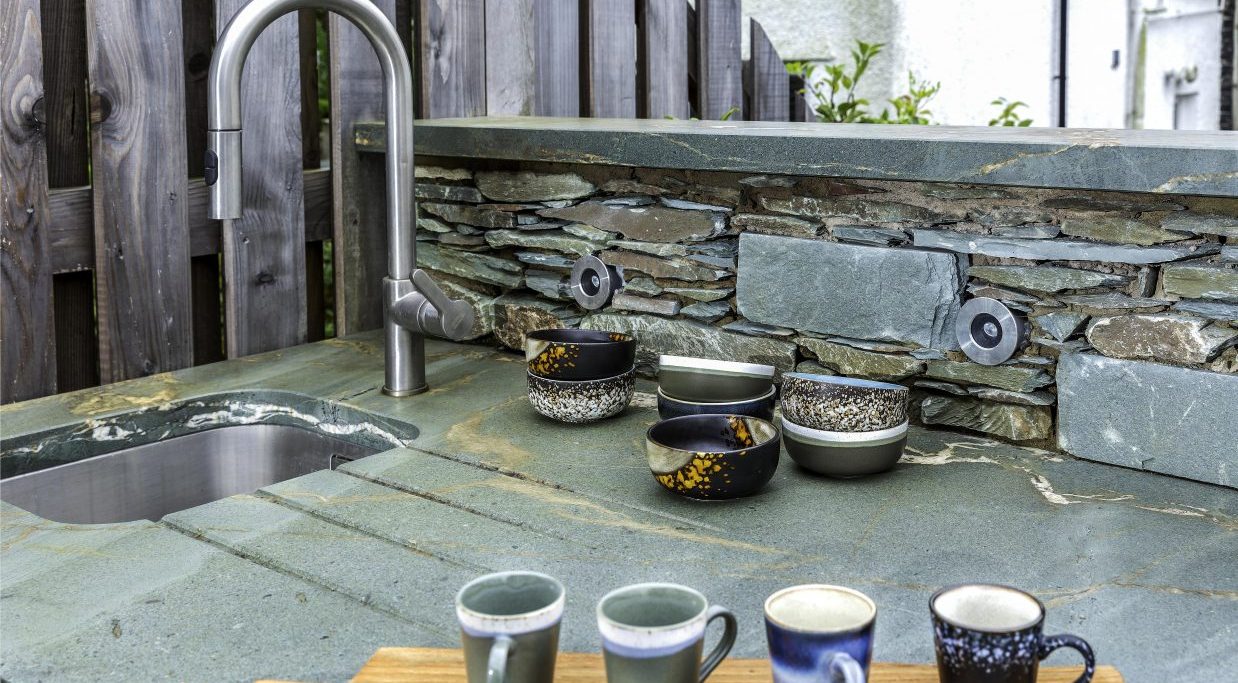 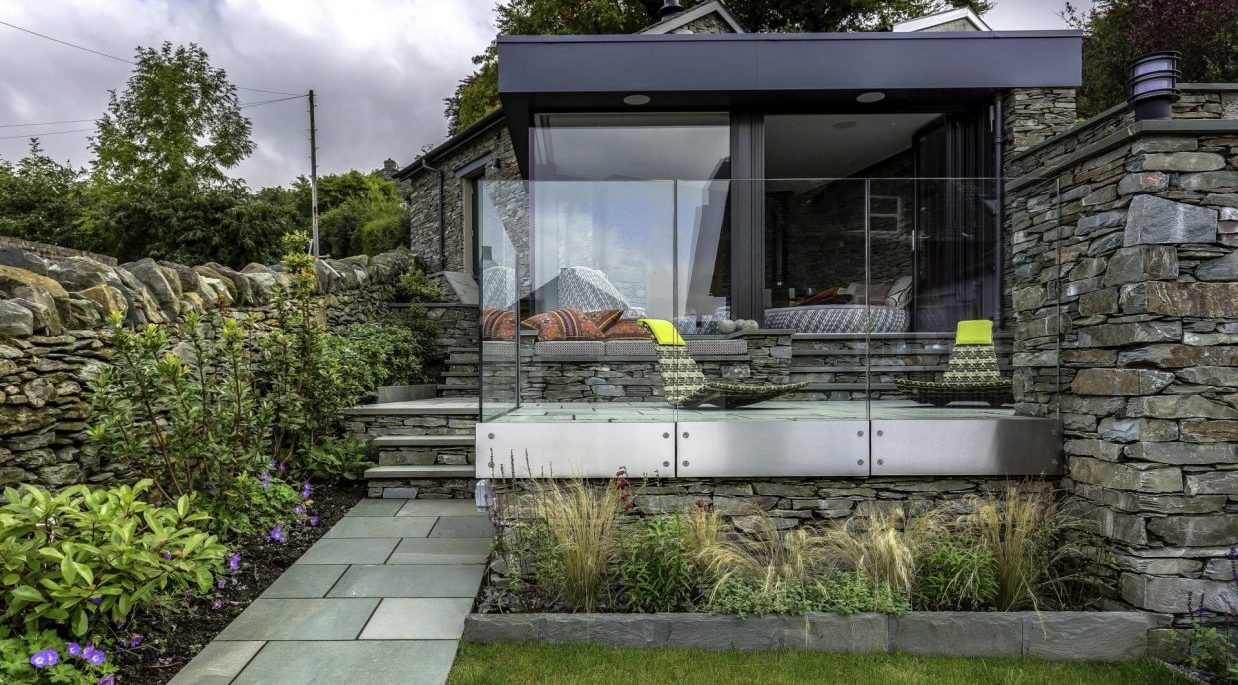 The garden pavilion and its patio terrace 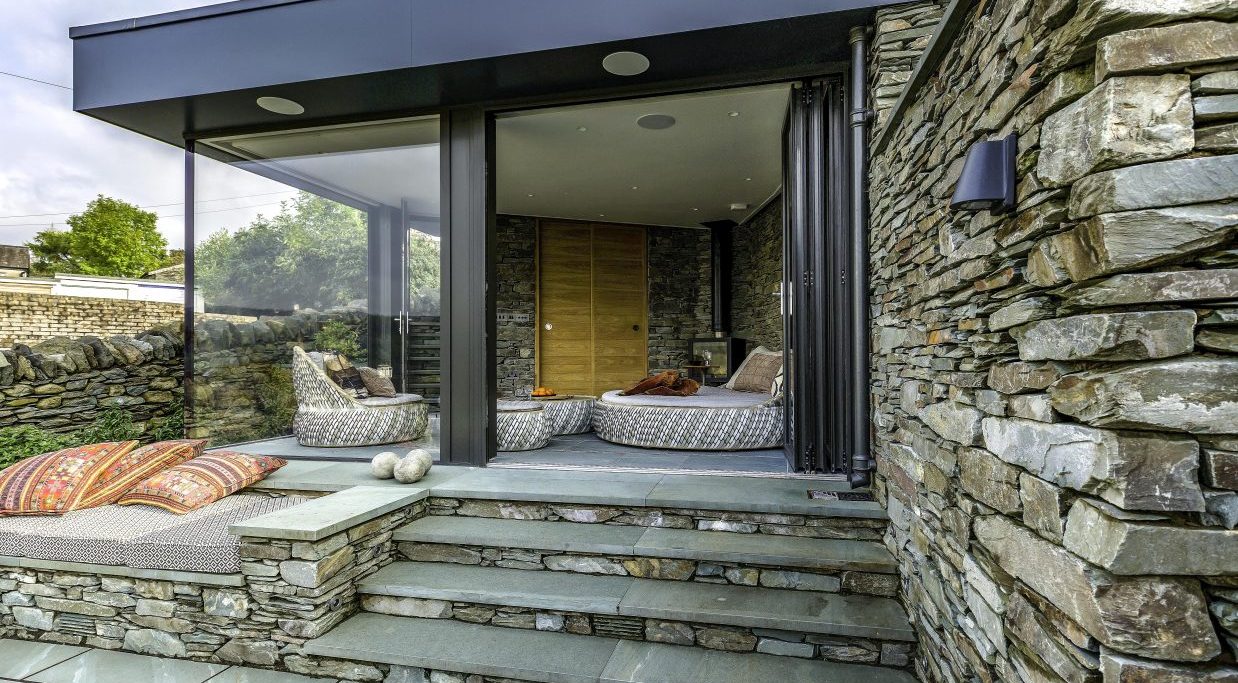 Outside living spaces - the pavilion terrace with built in sofa and bi-folding doors to the inside room.